More than a quarter of women (28 per cent) released in 2009/10 returned to prison within two years, compared to 37 per cent of men. There is little research consensus on why women reoffend less than men. In the current dataset, the difference between male and female recidivism can partly be explained by differences in the demographics of female prisoners, who on average are older, better educated, have a lower security rating, and have fewer prior admissions. Research has also found that women are less likely to commit serious crimes and are less likely to receive terms of imprisonment when sentenced, and so this may result in fewer women returning to prison and being counted as recidivating. However, there are likely other individual and societal factors contributing to the lower recidivism rate of women. 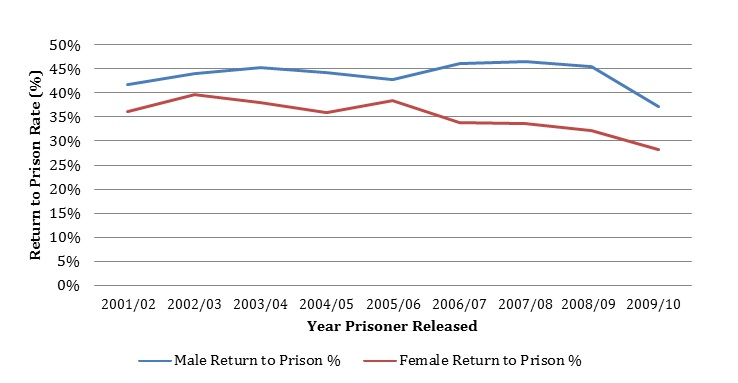